Why Does English Dominate the World?

The world's population was estimated at 7.55 billion people in 2017. Out of the 7.5 billion, 1.5 billion are English speakers, 372 million native speakers, 611 million second-language speakers, and 600 million foreign-language speakers. These figures place English well ahead of its other competitors, namely Mandarin (just over 1 billion speakers), Spanish (577 million), Arabic (538 million), Hindi (381 million), and finally, in 6th place, French (291 million).

Sure, the English language dominates the world, but have you ever wondered why? Why English rather than Spanish, French, or Portuguese, which were nevertheless the great colonial powers of the past?

Let's delve into the history of languages and find out where this English linguistic hegemony comes from...

A Bit of History

The sixteenth century was the century of great discoveries. " From the four corners of Europe, gigantic sailing ships set out to conquer the New World.  Aboard these ships men eager for dreams, adventure, and space, in search of fortune" (if you recognize these few lines, it is because, like me, you were rocked as a child by the Mysterious Cities of Gold, an iconic cartoon of the 80s!).

England being one of the great powers, decided also to discover the world and then extended its empire. Composed of dominions, colonies, protectorates, mandates, and other territories governed or administered by the United Kingdom, the British Empire also has trading posts all over the world. 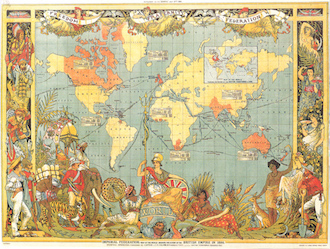 As in any colonization, when sailors, pilgrims, merchants, and missionaries traveled and settled in these new lands, they also installed their language; English. Thus, from the end of the 16th century, one could hear Shakespeare's language spoken in England as well as in the Indies, but also in North America, in the Caribbean, or on the coasts of East Africa, without forgetting Hong Kong, Australia, and New Zealand, and even South Africa or Egypt (further back in time). At the beginning of the 20th century, it was said that "the sun never sets on the British Empire"... and for good reason, it represented more than a quarter of the planet, not counting the United States!

However, it was indeed thanks to its "rebellious children" that English would take off in earnest overseas...

Born in the USA

It is indeed the United States to whom we owe such globalization of the English language. The Founding Fathers clearly understood the importance of uniting all the American people under the same language to strengthen the national identity (several languages of the early settlers were spoken in North America at the time, but English was the majority). Although this is still the case today, no document refers to an official language in the United States. It is surprising to see that in addition to Spanish, which is the second most spoken language, there is a lot of German and Tagalog (the language of the Philippines)!

But how did the United States bring about the predominance of English more? We must then look at the period of the wars, specifically World War II, which allowed the Americans to experience a booming economic period of flourishing industry and booming communication, allowing them to then export their culture en masse across Europe, which was trying to get back on its feet in the aftermath of the war, but also to the whole world.

Why Does English still Dominate the World Today? 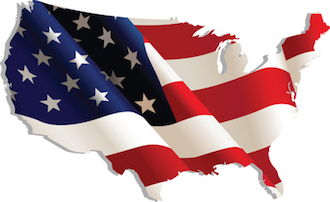 More than 500 years after the beginnings of the British Empire, English retains its place as the world's leader.

It is important to remember that the purpose of this colonial expansion was primarily to do business, not necessarily to settle, which is why in Africa and Asia English never really took hold.

English was the language of administration, education, business, but not that of the people... This was moreover confirmed when the said colonies emancipated themselves from British tutelage (notably in India) and naturally returned to their original language. However, these former colonies are still multilingual today and it is, therefore, possible to make oneself understood in English, without any problem, in Hong Kong or New Delhi.

It can be said that English does dominate the world even today. This language can be used as well in a serious way to do business, as in a cool and sexy way, which attracts consumers (just look at the number of advertisements in English!), without forgetting the popular English-speaking culture that radiates all over the planet: Who doesn't drink Coca-Cola, have Levis Strauss jeans and listen to rock'n'roll? Moreover, learning English allows you to get by anywhere in the world, regardless of the country where you travel, it is also a rather simple and quick language to learn, without complicated conjugation or grammar. English is also the language of new technologies and globalization.

But tomorrow? What if English replicates the sociolinguistic pattern of Latin, that of having been learned at the time to climb the social ladder and gain access to knowledge... but today, what about Latin?

Only spoken by priests and the most erudite, it has become a dead language... that said, although the world is changing, languages are evolving and borders are shifting, it's a safe bet that the English language still has a bright future ahead!

List of languages by the total number of speakers, Wikipedia
https://fr.wikipedia.org/wiki/Liste_de_langues_par_nombre_total_de_locuteurs

How English Became the Most Spoken Language in the World, ESL Stories, 2014,
https://blog.esl.co.uk/blog/learn-languages/english-first-international-language/

Add to my playlists Share
See more articles by this author

In addition, index your favorite resources in your own folders and find your history of consultation.

Add to my playlists

Receive our news by email

Every day, stay informed about digital learning in all its forms. Great ideas and resources. Take advantage, it's free!

In addition, index your favorite resources in your own folders and find your history of consultation.